With the initiative, organised by the ETUC and supported by its sister European Trade Union Federations, the European trade union movement called on the European Commission to ensure pay transparency and take up concrete measures to tackle the 16% average hourly pay gap between men and women in Europe – a measure which reaches as high as 28% in Estonia.

Today specific demands to the European Commission for a pay transparency directive included:

Representing sectors with a gender pay gap that touches almost 29%, leading to precarious work, work-life imbalances and long-term poverty for women in older age, EFFAT is at the forefront of this battle.

In its “Recommendations on Equal Pay”, EFFAT speaks strongly in favour of closing the gender pay gap in order to:

Malin Ackholt, EFFAT President, commented on today’s action saying:  “Closing the gender pay is one of the cornerstones of our trade union activity, as well as being a win-win solution for the society as whole; not only does inequality hamper the economy, but it also impacts all aspects of society including the cost of healthcare and higher education” – and added: “I am glad to see that we as trade unions agree on a set of concrete measures to be taken up by the European Commission and unanimously call for effective policy combating gender discrimination in all member states.” 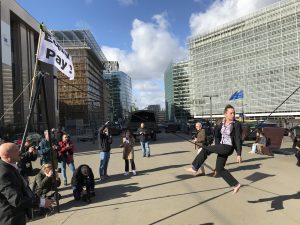 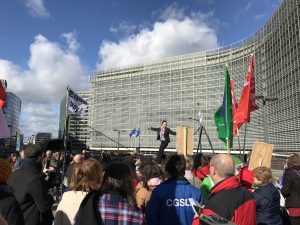 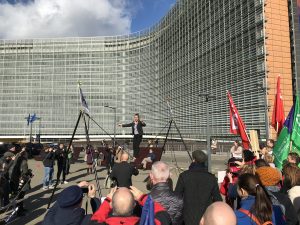 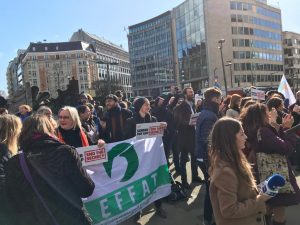 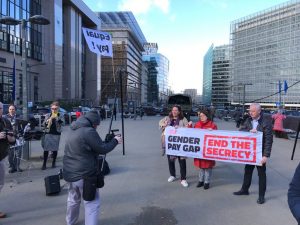 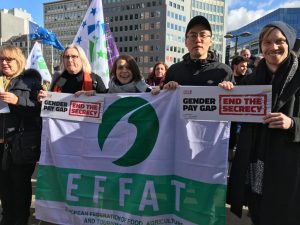