This week four young McDonalds’ workers featured a dedicated hearing in the European Parliament hosted by MEP Manon Aubry (FR, The Left) and Maria Noichl (DE, S&D) to speak out about the corporation’s global and systemic malpractice of sexual harassment and violence at the workplace.
Tanya, Mathilde, Jéssica, Gabriel’s stories come from the USA, Brazil and France, showing how McDonalds’ corporate culture of abuse, union busting and exploitation is a truly global and endemic scourge, a practice that won’t end until the company adopts a workers-centred approach and starts listening to its workers and their trade unions. Impunity must end.
Our trade union coalition, EFFAT, SEIU and IUF were in the room next to their workers pushing for key demands and calling EU institutions including the European Parliament for:
– A strong and ambitious Due Diligence Directive covering companies operating through franchise system.
– A real push towards ILO ratification of Convention 190 on violence and harassment.
– An EU Directive on combating violence against women & domestic violence, improved by trade unions demands.
McDonalds survivors also featured in the ETUC EWC Annual Conference and received solidarity by a large audience of European Works Council members, politicians and experts gathered for a two day discussion on how to be the voice of workers and a game changer in delivering concretely on Democracy at Work. 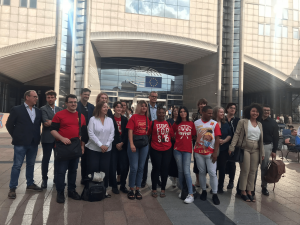 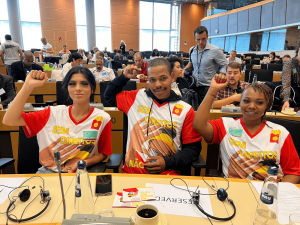 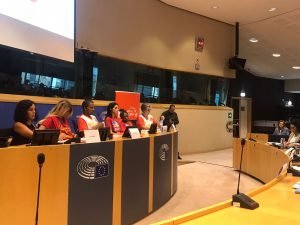 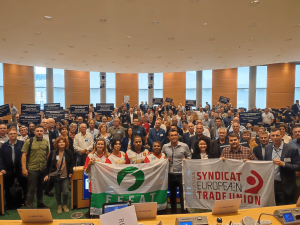 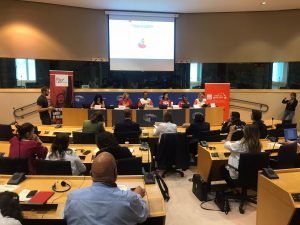